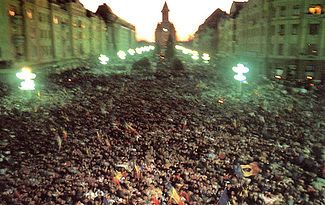 On 22nd of December, after a week-long series of increasingly violent riots and fighting started on 16th of December in Timisoara and continued in Bucharest, Arad, Sibiu, Brasov, Cluj-Napoca, Ion Iliescu had became the President of Romania. The events from late December 1989 overthrew the Government of Nicolae Ceausescu. After a trial, Ceausescu and his wife Elena were executed on 25th of December. Romania was the only Eastern Bloc country to overthrow its government forcefully or to execute its leaders.
Tuesday, 22 December 2009
Source: yc

There are no comments
Rate this article: